I want a house in the English Countryside

TV listings don't help when you've forgotten the name of a new favourite show. Luckily, I re-stumbled upon Relocation, Relocation. It's on HGTV in Canada and apparently Channel 4 in the UK. It's best watched with a laptop open to Google maps.
Here's a photo from the episode I watched this evening. 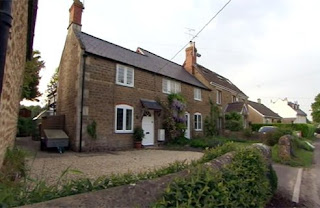 The hosts balance wish-lists, gut reactions, dithering and trigger-shyness. Why do I watch this show? I think it's the charming exasperation of the hosts and the skepticism of the home buyers. Sometimes, the people don't even buy anything!
Posted by Becs at 7:07 PM No comments: 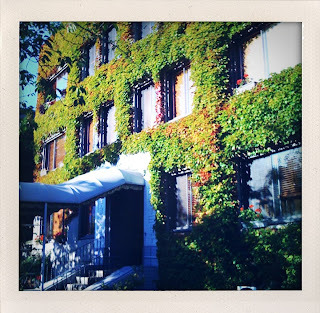 I'd seen some enchanting dark and bright photos here and there, but didn't know the secret until I stumbled across the iPhone ShakeItPhoto app. You can use it to make "fauxlaroids," as an iPhone review puts it, out of existing photos or new photos. 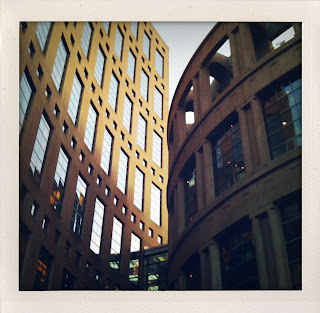 Here's the Vancouver library late yesterday afternoon, and the original below. 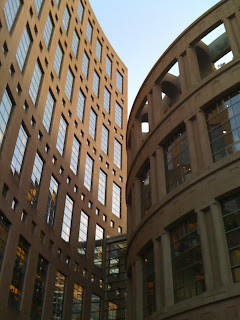 Somewhere there's a polaroid of me from elementary school with some high, high bangs.
Posted by Becs at 5:05 PM No comments:

I'm a little embarrassed. My boyfriend and I have watched eight episodes of Project Runway in three days. We are now experts at navigating buffering pauses. He thinks Nicholas is mean. I am reserving judgements on all points, except that guest judge Zanna Roberts, second from the left below, is fabulous. (Image: tv.com.) 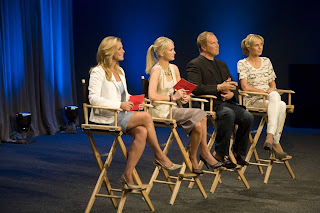 We also watched Valentino: The Last Emperor on Friday night. To me, the message was that fashion - on this scale (go etsy!) - used to be a craft and is now a business. On one hand, Valentino's seamstresses in Turin preferred to sew by hand... even individual sequins, even when there's a machine! Some of my favourite scenes are when Valentino sketches with 5 pugs at his feet, and when the seamstresses come to his 45th anniversary celebration. On the other hand, Valentino sold his company in 1998 and it is passes from one multinational to a second in the movie. As the director says, "Valentino was literally, to use the cliche, a boy with a dream....Today, it's the money that makes the decisions, and they pick the talent." (Image: the movie's site). 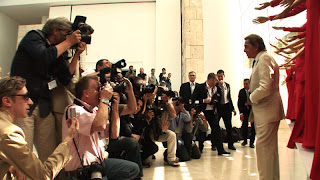 But even film-making is a business. The movie lets you assume that Valentino and his partner, Giancarlo Giommetti, have a romantic relationship. Their relationship is lovely - productive and supportive - but they are no longer a couple. Is it because romance sells movies? Or is it me? Have I become so programmed to look for romance in movies that I can't appreciate other evolutions of love?
Posted by Becs at 7:02 PM No comments: